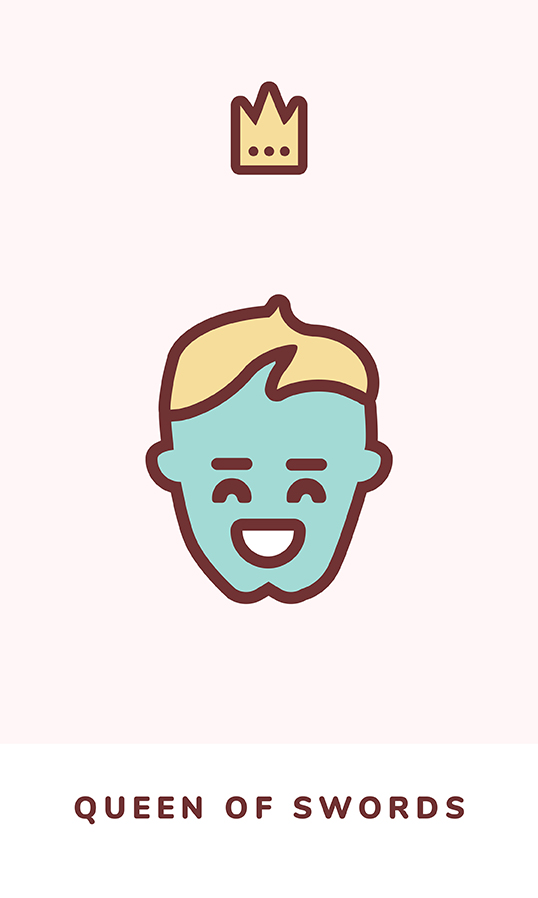 The Queen of Swords, when representing a person, often represents a woman. Though women are often assumed to be emotionally driven, the Queen of Swords is a woman who is stern and analytical. She is far from motherly, yet she’s a wonderful, engaging conversationalist who cares about others’ well-being.

The Queen of Swords may appear in a reading you are doing great things on a high level such as finishing a debate or getting a degree. This card may also appear when you have developed a great ability to cut to the truth. Your quick thinking is bound to be recognized.

The Queen of Swords reversed could indicate you are trying to much to “problem solve’” in relationships, squinting at people like a puzzle you need to figure out, rather than bringing them in closer. In the most extreme cases, The Queen of Swords reversed can show up you are coming across as bitter and cold, empty of compassion. Let your guard down a bit so people can get to know you.

On the flip side, as reversed cards simply indicate an imbalance, the Queen of Swords reversed can be a sign that you have been thinking too much with your heart and not enough with your head. You need to be objective and tie your actions back to your goals whenever possible.