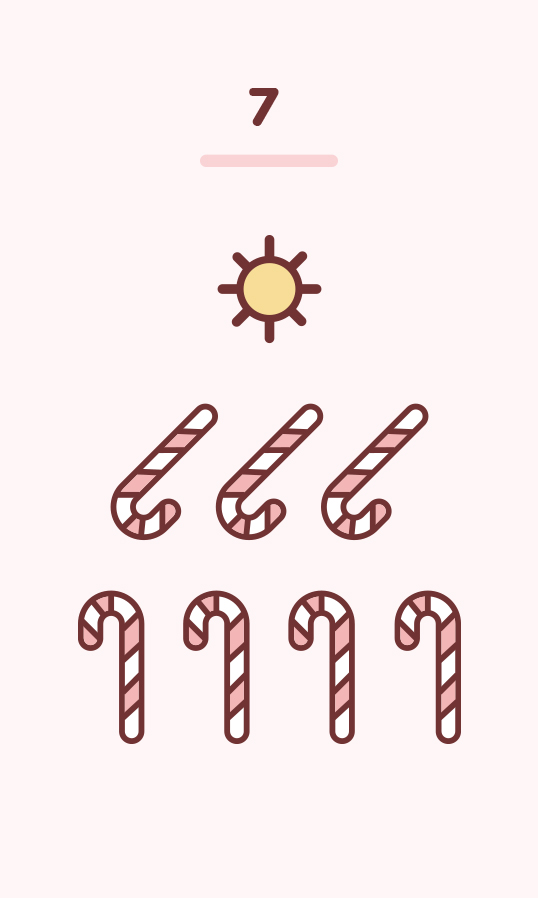 The Seven of Wands warns of conflict in the near future possibly from those close to you in work or in your home. You will struggle to maintain the position you have earned and you could feel like you are on the defensive.

The Seven of Wands is similar to the Five of Wands in that there may be conflict and competition from people who desire the same thing as you. Because you will not be able to keep everyone happy, this card suggests that there needs to be an acceptance on all sides. It’s time to draw your line in the sand.

The Seven of Wands can represent taking a much-needed stand despite ongoing challenges. In numerology, the number 7 represents what is hidden. In this case, the hidden aspect may be your own courage and conviction. Although you may not expect it, you have great reserves of courage and perseverance to get through this. Be ready to call upon these when you need them.

The Seven of Wands reversed can show up in a reading when you are feeling like giving up because you are constantly being criticized or questioned by others. You may be feeling overwhelmed with the responsibility of challenges in your life, finding you have to regularly bump heads with one person or the other.

You may want to cave in and stop fighting, but the Seven of Wands reversed suggests a return the energy of the Six of Wands is what will keep you from falling behind or being taken advantage of. You must stand your ground and have confidence in your decisions.

On a more positive note, the Seven of Wands can indicate that a former enemy has joined your side to support you.